Stay connected and get all the latest

It’s hard to remember my life before kids.  I mean, I met my husband when I was 19, and we got married 8 months later.  Then a year after that became pregnant with our first child, which basically continued on for the next 13 years.

Now, here we are 14 years into marriage, 7 kids in our world, and a boatload of experiences and  lessons under our belt.

For me, the single greatest difficulty I have had to navigate in my life has been learning the facts of boundaries – where one ends and another begins.

This was critical in my marriage…and it has been equally as essential for my mothering.

But, once I began to honor boundaries, firmly hold lines, and never forget for whom I live, all the little pieces of life that always felt suffocating and choking have fallen into place (for the most part… wink).

When I Embraced Boundaries, I Became the Mom I Always Wanted to Be

I didn’t ever really quite “get” myself as a child.  I felt different and was generally separate, but it kind of just felt fine to be there.  I have a twin sister and an older, very lively brother, and not always did our personality types mesh quite smoothly.

Especially after my father died when I was only 6 years old, tempers tended to flare in the house – a whole lot of emotion and pain with very few places to go.

Somewhere in those early years, I learned a survival skill: don’t rock the boat.  It went something like this:

So, for most of my life, I lived by this mantra of “others-control”…by way of me carrying within myself the burden of managing all circumstances I could so that other people did not have to navigate a difficult emotion.

Quite a weight to carry for a child…..

Now, for a while, I could carry it.  But, once marriage entered the picture, and then DEFINITELY when children entered, that old song seemed to carry a different tune.

“No matter what I do, someone gets upset.  I can’t keep everyone happy.  I’m a failure/inadequate/a disappointment, etc.”

My little god was no longer strong enough to carry me.

But, my Abba saw fit to reveal my error and the false god I’d been serving so long.

He showed me that it isn’t my job to keep other people happy; only they could do that.  It was my job to love them and speak the Truth in Love to them, whether or not they got the warm and fuzzies when I did.

It was my job to serve HIM, and then to trust Him with the results of any actions of obedience I did for Him.

As a mom, this was HARD.  It meant holding my ground and actually standing up for myself when my very strong-willed daughter lunged in with hatred, self-deprecation, and vehement anger when she did not get her way.

It meant accepting and embracing the fact that there would be times when she would hate me.  It meant loving the way God taught me to love, even when she only saw it as hatred and “mean.”

But, more than the many losses of “peace” from not rocking the boat, I gained my internal strength as a child of God who did not have to fear, for God was with me.

I gained the wisdom to accept that children do not always know right and good, even when it is right in front of them.

I gleaned the perspective to remember that it is my job to help my very creative and visionary daughter to learn by repetition that to be a godly leader she must first learn to follow…but I had to be willing to lead her in the Lord’s strength, knowing He was ultimately the One in control.

I was reminded repeatedly that it was God’s job to be always available, always present, never failing…perfect.  NOT MINE.

It was my job to simply love Him and love others while also taking care of myself as a reasonable human being.  It was my job to listen to the Spirit and follow Him as He leads, and to trust Him with the results of it all.

Once I allowed the Lord to remove the yoke of perfectionism and slavery that I had come to believe was true in my youth, suddenly I could breathe again.

Suddenly, the weight of the world was no longer on my shoulders, but His, and I could simply love and freely give because I had been freed of my bondage to lies.

By embracing my own imperfect, flesh-bag state, I gained the ability to extend an understanding of the imperfections that others also exhibit, including my husband and kids, and from this place of humility (recognizing that I’m not a perfect anything at all, so why would I expect anyone else to be?) I was finally able to extend patience, empathy, understanding, and grace…above all, grace.

Finally, when I embraced boundaries, and that I was not responsible to be everything for everyone at every moment of every day, I could see clearly to love my children where they were, and lovingly walk with them through their miry pits…because I’ve been there too.

Even the ugly stuff.  Even the painfully loud and obnoxious stuff.  It all was understood through the filter of love, because by HIS love ALONE do we find freedom.  And for them to know that, I had to teach it, and for me to teach it I had to truly, deeply grasp it.

So, when I began to be a person, worthy of an identity, strengths, perspectives, and respect, I allowed myself the time to stop and be still.  To breathe and take a moment, allowing my still nature to do what it needed to handle the moments of the day.  This is when I became the mom that I always wanted to be.

When I stopped allowing my children to dictate the day’s occurrences, or who/what/when/why/how something happened, but rather lovingly held firm the choices that my husband and I had made, a strength and resolve I did not previously know emerged from within…HIS strength.  HIS confidence.

HIS empowerment, because HE was my parent, and I could learn to parent like Him…in love.

Mama, I know it gets hard sometimes.  Seek Him for guidance to help you through the struggle.  Ask Him to help open your eyes to where adjustment is needed, and to show you how to do whatever needs to be done.

Remember, God picked you to be your child(ren)’s mom, and that was not an accident.  He knows the plans He has for you…plans to prosper you, and not to harm you.  He knows what struggles He wants to iron out within you and knows exactly what is needed to do so.  Trust Him.

And, year by year, trial by trial, little by little, you will become the woman you were always meant to be in Him.

Previous Post: « 30 Days of Prayer: Pray to Never Stop Growing in Faith (Day 30)
Next Post: Are You Using Your Tongue to Speak Life, or Death? » 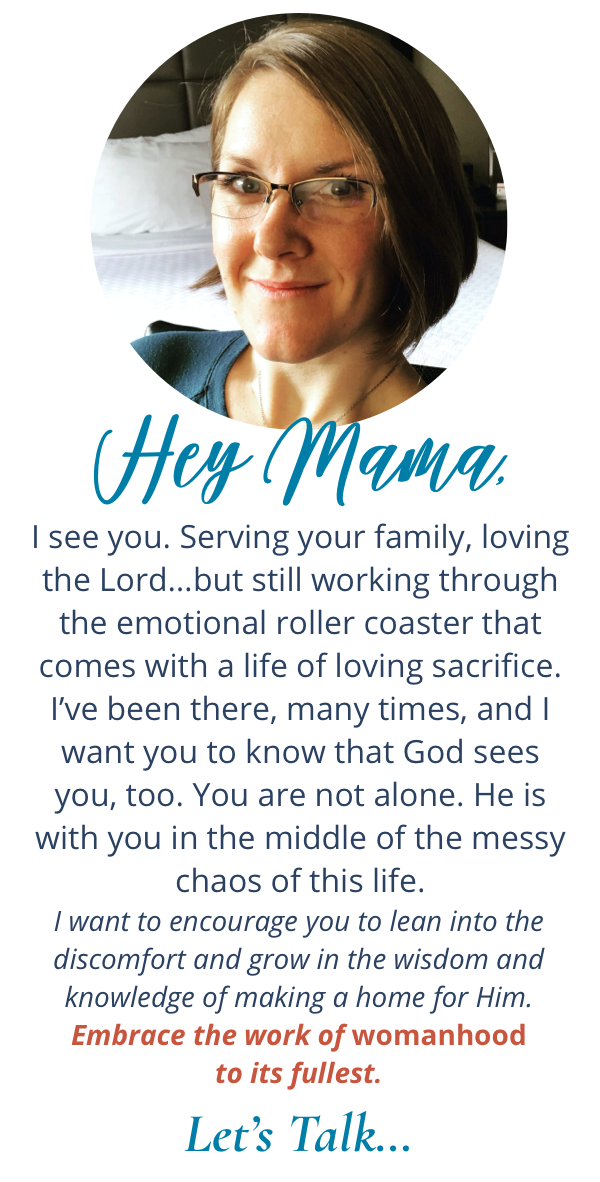 Help you find something? 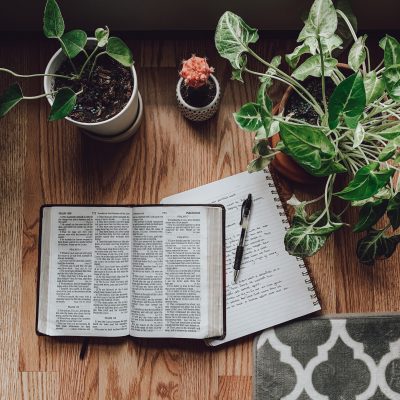 The 30 Days of Prayer series has been an awesome hit! I've been asked if groups can use it for a women's study and have been contacted internationally about the various … END_OF_DOCUMENT_TOKEN_TO_BE_REPLACED

Stay up to date

“I have no greater not than to hear that my chil

Be in the Word, first and foremost. If you want t

Contemplating this hard truth today as more and mo

Listening to this while doing a pile of errands to

As I was reading through Psalms today, this verse